Hopefully, you’ve already put a nice tom down and on the table this spring. However, it doesn’t always work out the way you want. Calendars fill up, the weather might not cooperate, and the birds might be even less accommodating. But there’s still time to pull it off this year if you haven’t yet. Turkey hunting, like most types of hunting, can either be the most rewarding and fulfilling experience you can have or the most frustrating and confusing thing in the world. When you talk about late season turkey hunting, it tends to be an extreme case of both somehow. On one hand, the birds are seasoned survivors, so they know most of the tricks up your sleeve and will continue to avoid you despite your best efforts. And yet, when you do manage to kill a late season gobbler, you definitely feel like you’ve earned it and can wear it as a badge of honor. Spring turkey hunting is funny that way.

Each state has slightly different turkey seasons, so we’ll avoid diving into that too deeply. For the sake of this article, we’ll define late season as the last week or so of your state’s turkey season. It is crunch time and you need to make your time afield count. You may have only been able to hunt a small portion of the entire season, but the turkeys have been exposed to hunting pressure throughout the whole time slot. If you hunt turkeys on public land, especially, they have seen a thing or two. They know what’s going on at this point, which definitely complicates your life. Let’s look at a quick comparison of early season turkeys versus late season turkeys.

If you’ve noticed this pattern before when you’ve gone late season turkey hunting, don’t worry. There’s still hope for you. Let’s look through some turkey biology and explain exactly what turkeys do each day.

In the early spring, hens will start to get ready to breed just after most males are primed for it and seeking them. This major peak in breeding activity is a great time to hunt since toms and hens are actively communicating and looking for each other. However, after a few weeks of this, the bred hens slowly start to nest and the gobblers just can’t seem to find enough willing ones around anymore. They’ve also spent the last few weeks fighting each other for breeding rights and may be hesitant to approach other toms with hens (decoys, that is). But just as whitetails tend to have a second rut as more does come into estrous, there is another peak in turkey breeding activity shortly after the initial breeding phase. Toms will definitely be on the lookout for the last few receptive hens. That’s your ace in the hole for late season turkey hunting. With that, let’s dive into some spring turkey hunting tips you can use yet this season.

When it comes to specific techniques, it really comes down to maximum concealment in the best places, the right kind of calling and using smart decoy tactics. Now we’ll break these out in more detail below.

One of the best tips for hunting late season turkeys is setting up in the right locations and then completely disappearing where you are. Setting up along travel routes and food sources is the best option to surprise a tom. After flying down from roost trees, toms will make their way to feeding areas. You can confirm that birds are using a given area with some light and fast scouting the day before or by using trail cameras to scout for you. The Muddy® Pro-Cam 10 or Pro-Cam 12 trail cameras both deliver amazing image quality with plenty of great setting. If you can stealthily sneak into a strip of trees between mature pines/oaks and a clover or alfalfa field, you should be able to surprise some turkeys in the timber. If not, green clover fields are magnets to turkeys in the spring, especially for late season turkey hunting. You’ll often find a turkey roost or two surrounding and in close proximity to green fields like these. Check out the video below, where two hunters tagged two gobblers on day one of their turkey camp in a clover field just like this.

By this point in the season, most gobblers have been harassed by all kinds of hunters and are pretty cautious. They generally won’t come running into fields and decoys as confidently as they did in the early season. They will hang back and make sure the way is safe before proceeding. Because of that, you need to make absolutely sure you can hide from their keen eyesight – that’s always been a turkey hunting 101 lesson. Muddy® blinds are the way to go in this regard. Sure, you could still tuck into some heavy vegetation with some head-to-toe camouflage clothing. But this really limits your movement and can ruin your hunt when a silent gobbler sneaks up behind you and sees you reach for your turkey call. Instead, set up you blind in a spot with high turkey traffic. If the turkeys in your hunting area are really suspicious birds, take some time to brush your blind in a little using natural vegetation from immediately around the blind. This small act can do wonders for making your blind completely disappear, even in a wide open field. Be sure to wear black clothing and maybe even black face paint when you hunt inside a blackout interior blind. No gobbler will see what’s coming for him. This approach is pretty much mandatory for turkey hunting with a bow due to the extra movement involved in raising and drawing it.

Spring turkey calling is a tricky thing because it changes so much from the beginning of the season to late season turkey hunting. As we mentioned, early season turkeys are pretty likely to come running into a series of hen yelps without too much prompting. But late season turkeys are a different breed and the conditions are very different. The hens have mostly been bred and the activity is dropping off fast. Consequently, there are fewer hens calling and those that are vocal are timider. So you have a few options:

To Decoy or Not to Decoy?

Whether or not you should use turkey decoys during your late-season turkey hunting is a tricky question. In some cases, even the best turkey decoys you’ve got just aren’t good enough. Taking the complete surprise approach by not using any decoys may be the right thing to do. Particularly for cautious birds, this is a smart move. Some toms might see a jake decoy and decide they don’t want to chance an encounter that could get them in another fight with their busted up bodies. Some toms might also see a hen decoy and decide they’ve seen enough hens that turn out to be less than real. In that case, they might hang up out of range and wait for the hen to come to them instead – it’s just a safer option for them. For this year’s late season turkey hunting, consider your typical approach and how you could use the late spring turkey hunting tips above to put a gobbler on the ground. 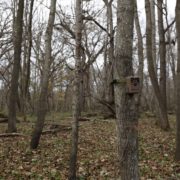